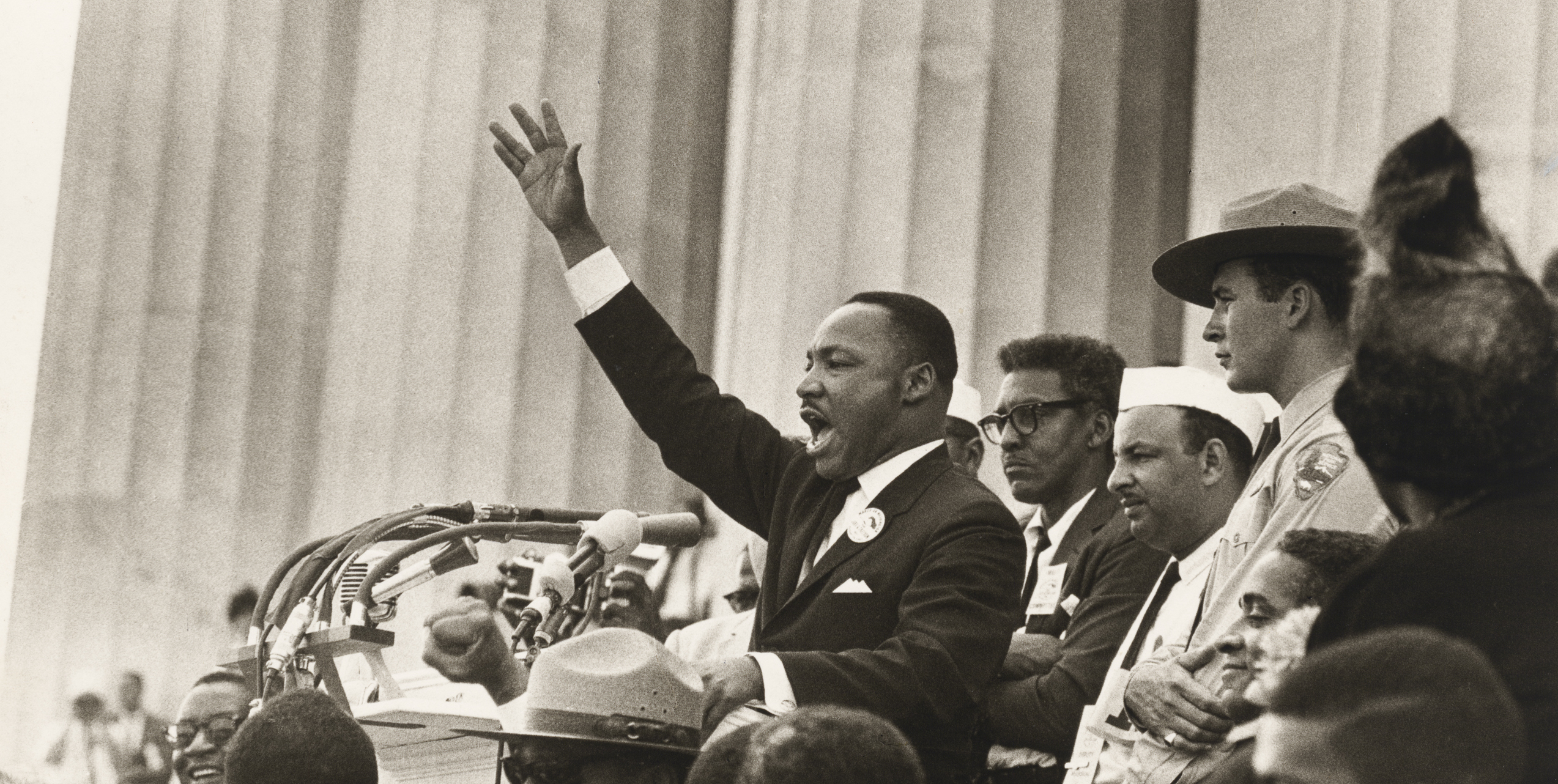 I had the privilege of reading—once again—the words of Martin Luther King’s forever renowned, “I have a dream…” speech.[1] The sheer beauty of his poetic oratory gave me a glimpse into the African American struggle during the Civil Rights movement, even unto this day. Through his words I could feel the heat of justified anger in their burning hearts, the temptations to drift into the valleys of despair, and the faint echoes of hope ringing in their souls. Here are a few examples:

It is a remarkable thing that God would use such poetic words as the vehicle of this redemptive moment in human history. Again and again the Lord appoints ordinary men and women to herald the glory of his coming. In fact, King says in the “I have a dream” refrain towards the end, “And the glory of the Lord shall be revealed, and all flesh shall see it together. This is our hope.” Only when our eyes were lifted off our frames of dust and onto the fame of Christ’s glory could we “rise to the majestic heights” of freedom and stand on the “solid rock of brotherhood”.

Yet, one of the most powerful moments in the speech was when he addressed those who had suffered greatly under the hands of oppression and injustice. He says to them, “You have been the veterans of creative suffering.” That last phrase arrested me: “creative suffering”. How can suffering be creative? He mentions different forms of suffering in the sentences prior, but mentions suffering again in the sentence immediately following, “Continue to work with the faith that unearned suffering is redemptive.” Though I cannot be absolutely certain what he meant, I cannot help but think he had 1 Peter 2:19-24 in mind, “For this is a gracious thing, when, mindful of God, one endures sorrows while suffering unjustly. 20 For what credit is it if, when you sin and are beaten for it, you endure? But if when you do good and suffer for it you endure, this is a gracious thing in the sight of God. 21 For to this you have been called, because Christ also suffered for you, leaving you an example, so that you might follow in his steps. 22 He committed no sin, neither was deceit found in his mouth. 23 When he was reviled, he did not revile in return; when he suffered, he did not threaten, but continued entrusting himself to him who judges justly. 24 He himself bore our sins in his body on the tree, that we might die to sin and live to righteousness. By his wounds you have been healed.”

I believe King was calling people’s attention to the “creative suffering” of Christ. Though Christ had “committed no sin”, he suffered for us in order that we might be re-newed, re-deemed, and re-created through the de­-creation of Christ when he suffered for our sins. Through the unearned suffering of Christ, we receive the unearned blessing of grace. Thus, King tells the people to go back to the places where their suffering was endured in the hope that God would use them to re-create a just society through their “unearned suffering”. King says, “Go back to Mississipi, go back to Alabama, go back to South Carolina, go back to Georgia, go back to Louisiana, go back to the slums and ghettos of our Northern cities, knowing that somehow this situation can and will be changed. Let us not wallow in the valley of despair.” The call remains fresh: all remnants of racism and prejudice ought to be met with the power of the “creative suffering” of Christ. This world needs more men and women who have been gripped by the “creative suffering” of our Lord. For only then, can we be free to lay down our lives in love for the sake this world that they might be redeemed by the risen Christ.

[1] You can read an old manuscript here: https://www.archives.gov/files/press/exhibits/dream-speech.pdf I suggest printing it off and reading it with a red pen in hand.